We here at A-Game share a passion for life and our sports.  And often times these two things intermingle.  During the 6th game of the NLCS one of our newest contributors, Bryan Nelson, showed his love for the game and longtime girlfriend, Chantel, proposing to her outside of Wrigley Field.  Both passionate Cubs fans they knew this was a monumental occasion and had to take advantage of it.  They are sure hoping this will help the Cubbies juju and get them a World Series victory!    Here’s their proposal.

If your headed to Chicago this weekend for the big games, here are Bryan’s picks of best bars and restaurants in Wrigleyville. 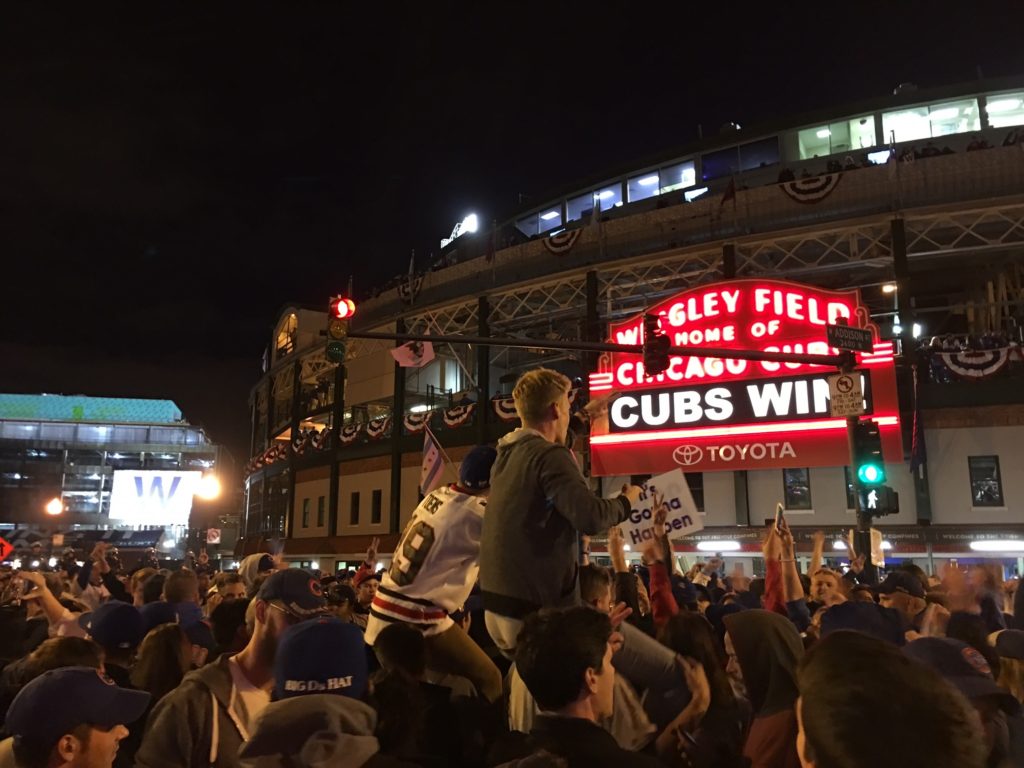 One of sport’s oldest franchises. Known as the “Loveable Losers” having not won a World Series since 1908. A large, passionate fan base with fans living all over the country. 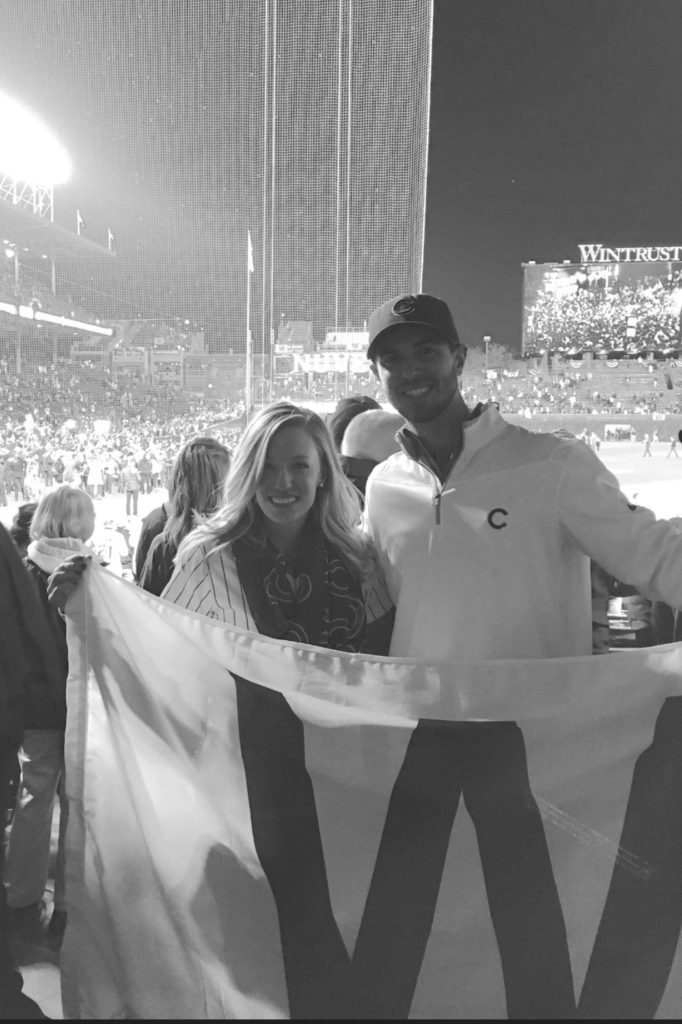 The Wrigley scoreboard is one of the most iconic/recognizable stadium features in all of sports. Added to Wrigley in the 1930’s, the Cubs wanted to inform fans riding the train about the outcome of the day’s game. They started raising a “W” flag for Cub wins, and an “L” for loses. In recent years, the W flag has taken over Chicago and can be seen flying in yards, businesses and all around downtown Chicago. Last fall prior to the playoffs, the marketing group used #FlyTheW as a hashtag for the Cubs social media and has been trending ever since.

Can’t go wrong with any bar in the Wrigleyville area. The atmosphere is electric, especially during baseball season. Packed with Cubs fans during playoffs (and now World Series). Now charging up to $250 cover charge per person during this World Series.

One of the most iconic bars in Wrigleyville Located right across the street from the marquee on Clark & Addison Live music venue Great place to go post game for a drink after a Cubs win! 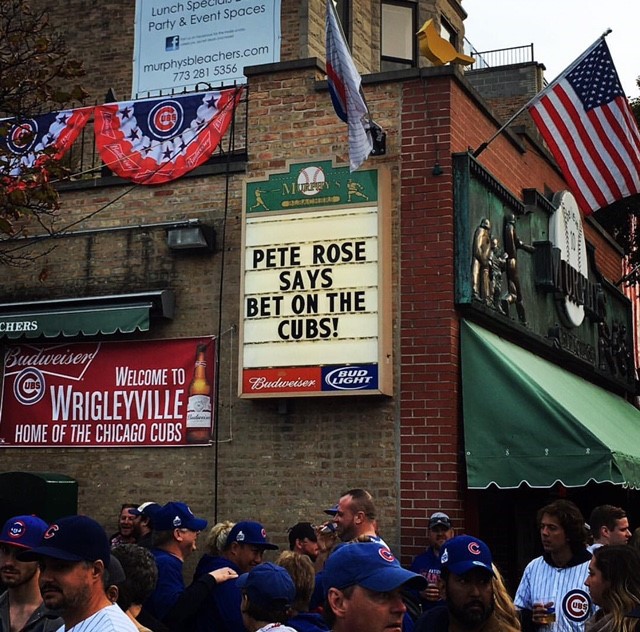 Located on the corner of Addison & Sheffield right by the Bleacher entrance Well known indoor/outdoor bar known for rowdy Cubs fans. Famous bar for pre-gaming, but also a great spot if you don’t get tickets and want to watch the game with other die-hard Cubs fans. 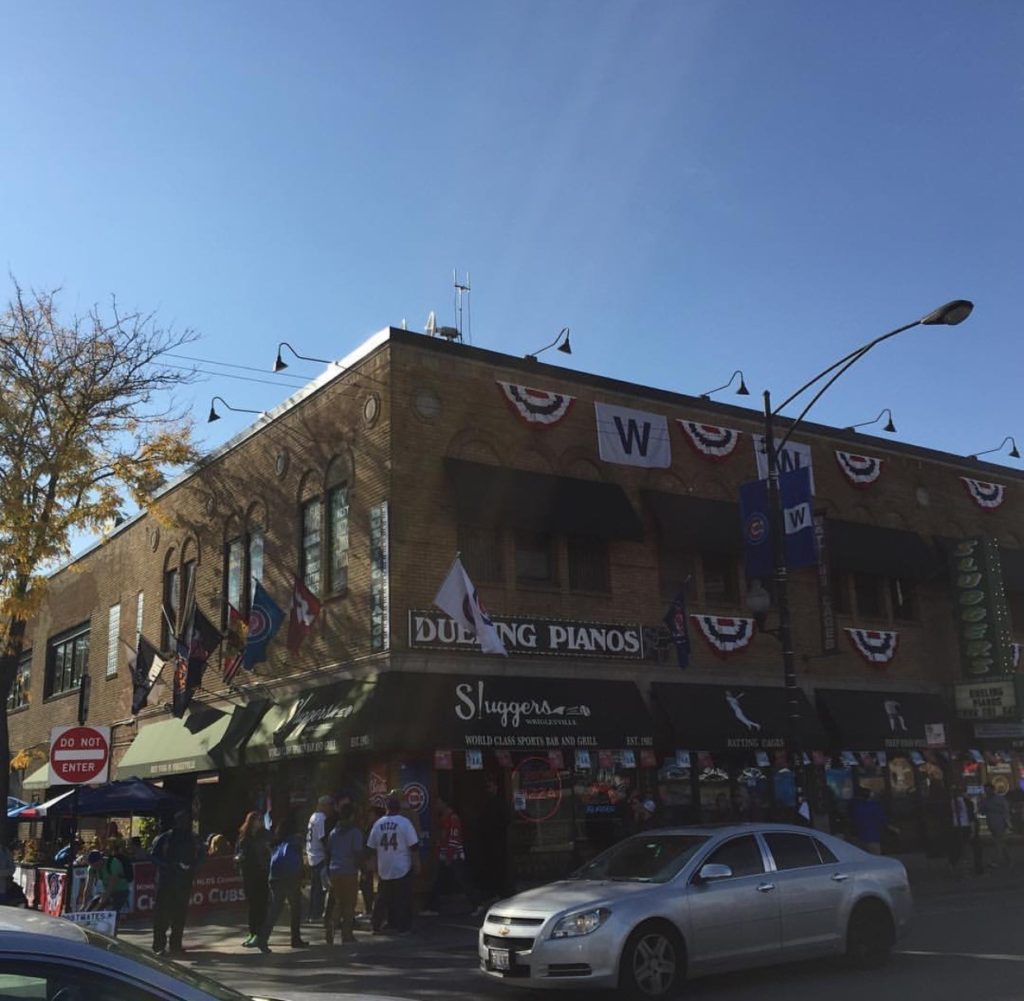 Trying to avoid the huge crowds, but still want a great Cubs experience/atmosphere? Walk a few blocks down to Southport Ave. There are a number of great shops, dining and unique neighborhood. Where numerous players, coaches and front office personnel live.