The top 5 reasons to go to the Final Four

Houston, we have lift off….

The Road to the Final Four ends in Houston at the NRG Stadium April 2nd and 4th.  If you are contemplating whether or not you should make the trip to the lone star state, then just stop here. No more guessing, here’s why you absolutely should. 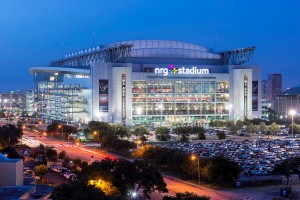 The passionate fan bases, the intense competition between athletes, the emotions of winning, or losing, are all important ingredients to creating what we have come to know as March Madness.  2015-2016 was a historically unprecedented regular season.  According to SB Nation, teams ranked in the top 10 of the AP Poll were beaten a total of 74 times, the highest total in the history of the poll.  Five No. 1 teams fell before the season hit February.  If the regular season and the tournament thus far are signs of things to come, those in attendance in Houston will be witness to plenty of the MADNESS.

The FINAL FOUR is now, without a doubt, the largest sporting event in the world not named the Olympics or the World Cup.  Yes, I believe it has even surpassed the Super Bowl.  Let’s start with the games.  Now played “in the round” of NFL stadiums in front of 70,000-80,000 spectators, the NCAA Men’s Basketball Championship has come a long way since Patten Gymnasium on the campus of Northwestern University back in 1939.  That year, eight (8) schools played a single elimination tournament culminating with Oregon being crowned champion over Ohio State in front of 15,000 fans.  Today, so many fans travel to host cities to experience the FINAL FOUR that they need more engagement than ever.  The NCAA wisely capitalized on that by creating a portfolio of auxiliary fan events.  These now include Final Four Fan Fest presented by Capital One, March Madness Music Festival and the Tip-Off Tailgate presented by Infinity.   All packed full of interactive games, music, special appearances, autograph sessions and more.  When you package 3 auxiliary events city-wide with the massiveness of the games themselves you have what is today a week-long sports spectacle like no other.

From blue-blood programs to everyone’s underdog, the FINAL FOUR has it all. Attending the FINAL FOUR affords the opportunity to witness some of the games historic programs. Duke, Kentucky, Kansas, North Carolina, and Syracuse have been staples since 2008. In 2006, George Mason became the model “mid major” breaking through to the national semi-finals. VCU in 2011 and Wichita State in 2013 followed suit representing the non-power conference teams. In addition to the teams, you are guaranteed to witness a relative unknown player become a household name. In 2015 it was Grayson Allen from Duke.  A freshman, Allen came off the bench to provide the spark needed for Duke to take down Wisconsin late in the game. The atmosphere demands that each student-athlete rises to the occasion and takes their play to the next level. 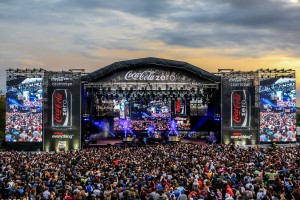 For fans traveling to the FINAL FOUR, there are endless entertainment options to fill the time between game days. Many of the NCAA’s corporate champions and partners throw their own parties. Most of those are private, but for a group of fans looking for a good time, its not hard to stumble upon an open party or to create their own with groups of other fans. You could likely run into celebrities looking for the same thing. From former Presidents, to movie stars and music’s hottest artists, the opportunity is there to rub elbows with pop culture’s best known. One of the biggest parties of the week is open to the public and free – the March Madness Music Festival. The line-up this year has something for everyone. Maroon 5, Fall Out Boy, Flo Rida, Pit Bull, Jason Derulo, Panic! at the Disco will all perform over the 3 days.

I’ve always found this event to be one of the best networking opportunities for business leaders. Whether you work in sports & entertainment or the broader business world, the shared affinity of college basketball brings thousands of executive level business men and women to town. If you are in sales, or business development, or the head of a start-up, this is the event for you. Even though this is a week of fun, the conversation at some point always turns to business. I don’t have figures on this, but I am confident a lot of business gets done in Houston next week.